I was able to go to my favorite pho place located across the street. I tried an interesting version of pho. Pork belly pho with a marinated egg on top, served with a side of pickled onions.  I like all of those things, but together doesn’t quite add up like I think they would have hoped.  I honestly hoped this would be the restaurant’s version of ramen, with some vietnamese chasu and tamago  – truly uncommon ramen-esque.

Two fried eggs in soup, regardless of how they are done or how they are marinated are going to be overwhelmed by the broth.  The same goes for the pork belly. Why sacrifice the luscious pork belly to the hot bowl of soup? Boiled pork belly seems like wasted pork belly – especially in something as wonderful as pho. The pork turns grey to white as you find bits of it and there really isn’t anything that stands out about the pork belly once it has been blanched in the broth. It’s overall delicious, as the broth always is a winner here, but next time I’ll opt for the rare steak, or have the pork belly served on the side.

I continued my quest of trying all the frozen ramen packs I had gotten from Asahi Imports here in Austin. God I love frozen ramen. I had never had this particular brand –  I usually stuck with Myojo.

This Sapporo Miso ramen was really decent. The noodles were homemade-feeling in that there were no long noodles, but a lot of broken noodles.  They came out of the boiling water in 2 minutes and remained really firm and toothy. Coming out of the packet the soup base smelled strongly of miso soup (duh) but with a little prep it all came together pretty nicely. Soup was good and accented my marinated eggs. It needed more aromatics than I had on hand and would really have gone well with some sprouts.  It lacked some of the heft I am used to with miso ramen but I think a knob of butter and some porkfat would fix that right up – the flavors are there for you to work with – how you dress them to your liking is on you.

Finally, in the “c’mon Filipino food…” department, some more crap from my local HEB.  You guys can’t pick one spelling of either word?

I am filipino. I love filipino food. But my people struggle to bring their food to the masses. HEB is not helping.

I am hearing that change is coming for filipino cuisine in restaurants. I’d like to see that change. 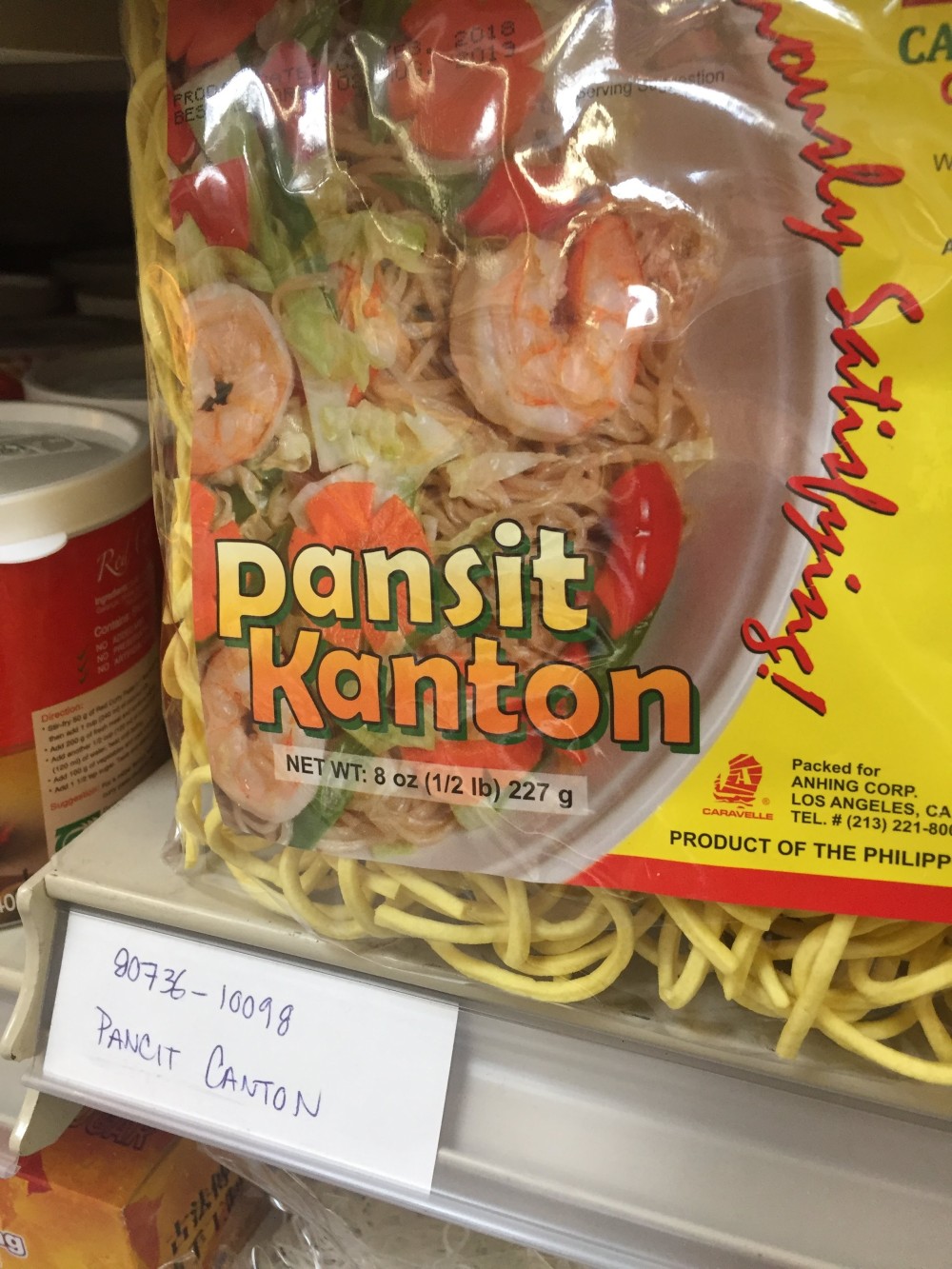