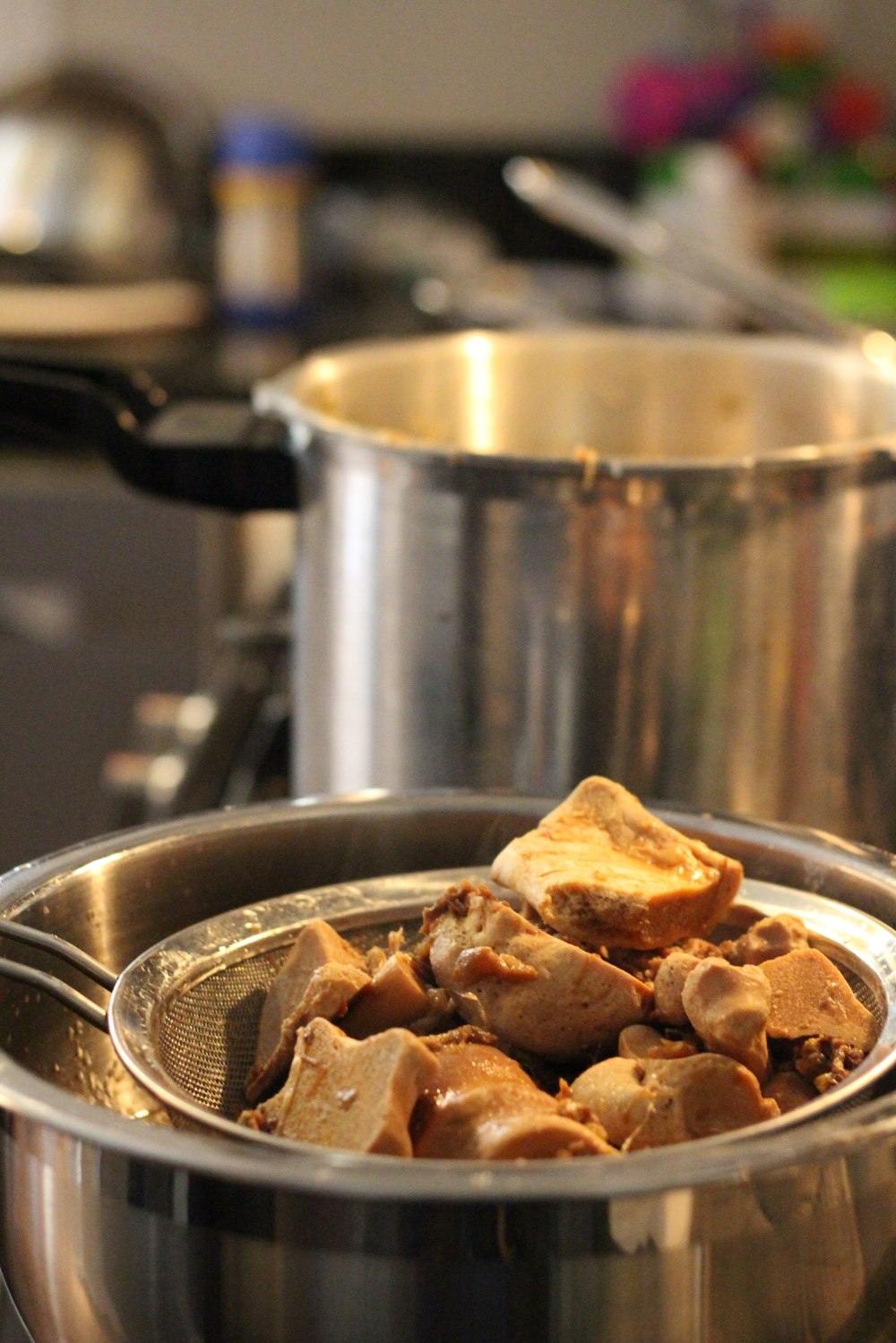 I made Tonkotsu broth from a pressure cooker. I was supposed to clean the bones of anything that could take away from the creamy white of the final product. I don’t think I did a good enough job as my final product more closely resembled a balsamic vinaigrette with too much oil.

I tried the final boil-off for one hour which is suppose to concentrate the broth and provide that shearing effect. I have been told that the BTU or heat output from an American residential range simply is not going to put out that much heat to provide this. Whether it was this reason or my shitty cleaning job, my broth never sheared and emulsified as it was supposed to.

Science to the rescue. As u/Ramen_Lord had mentioned a blender can do the work of this shearing action and the final emulsion will not break; there is plenty of collagen to keep the fat in a suspension.

I fired up the Nutri-Bullet (now a misnomer) and voila!